One of the odd bits in graphics are some of the functions being consistently lossy. One might well think that blur and sharpen are polar opposites of each other, that one could somehow apply a blur and then unblur it. But, that's not really true. The way the functions work is by applying a specific convolution to every pixel. For example a box blur is: .1, .1, .1 .1, .1, .1 .1, .1, .1 It has 9 parts and each of those parts is divided up and dispersed to the adjacent pixels. So it averages the color there with all the colors of the colors next to it to arrive at the new color for the pixel. The sharpen function: -0.1, -0.1f, -0.1, -0.1, 1.8, -0.1, -0.1, -0.1, -0.1 Which is to say the center pixel is made 80% brighter and all the adjacent pixels lose ten percent of that pixel's color. The functions do not need to add up to 1, but if they don't the image either gets brighter or darker overall. This is sort of the inverse of the former except that because of spreading it can well lose detail as the color migrates around. 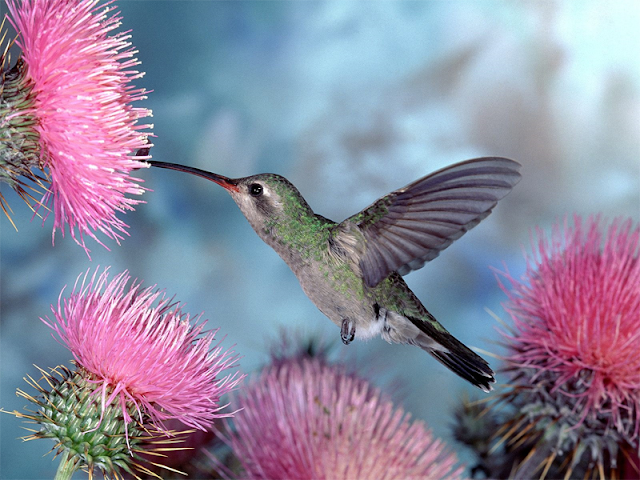 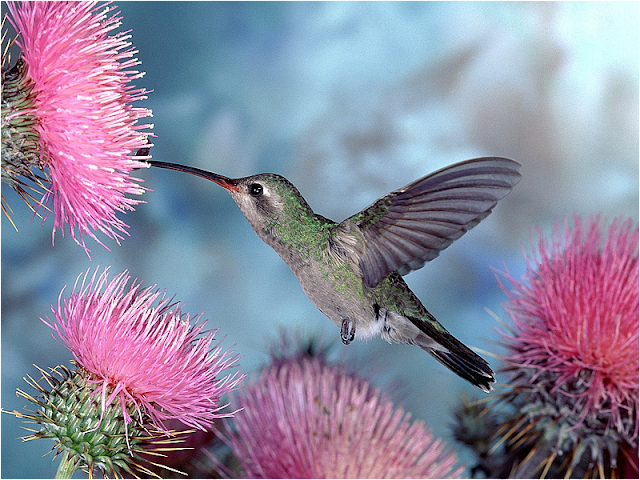 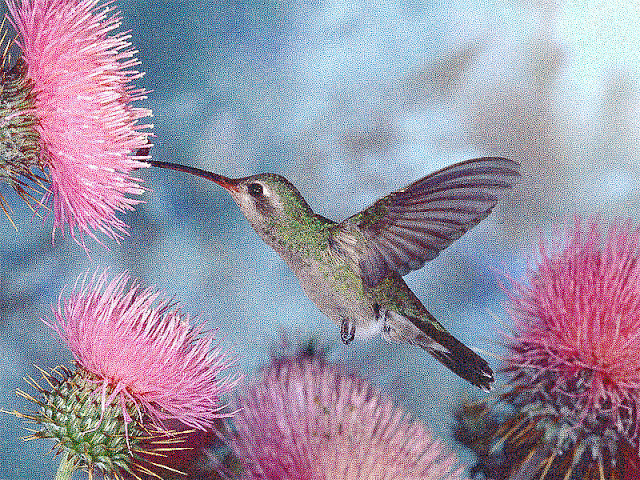 As a fun quirk, I tried to solve the image for blurring. Finding an image which would best look like the original image after being blurred. Which is, I believe, going to be an np problem. As one path precludes other paths, and your likely going to run through the problem with some approximation. In fact, it might be possible to apply such an algorithm to a color quantized image sans blurring with implied blur and render images which are data sparse and solvable to something approximating the original image. Like a blur-implied gif image. The anti-blurred image approximation (finding the optimal might well be np-impossible, or rather knowing that it's the optimal when you have it). 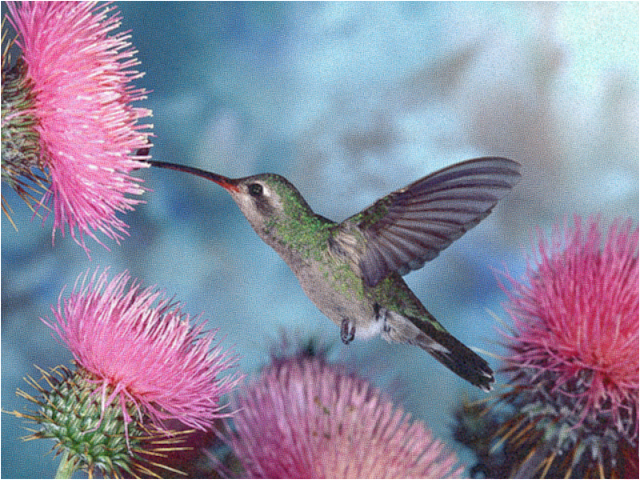 When we apply a box blur to the image we get the above.

There may be some merit to the idea, but it might need some better encoding methods. As is this takes the same amount of data to display the blur-implied image than the original image. But, it may well have some methods therein to allow for pretty effective color mixing from a reduced subset of colors.
Posted by Tatarize at 18:36