To gild refined gold, to paint the lily,
To throw a perfume on the violet,
To smooth the ice, or add another hue
Unto the rainbow, or with taper-light
To seek the beauteous eye of heaven to garnish,
Is wasteful and ridiculous excess. - King John

To smooth the ice? Really? 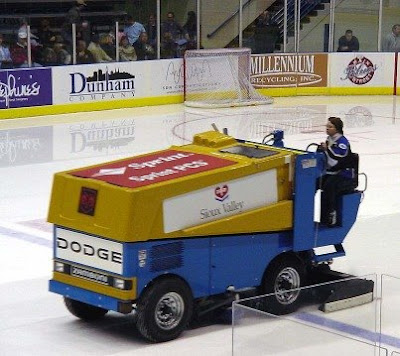 Posted by Tatarize at 13:05 No comments:

Some people are too great for their own good. Tim Minchin is exactly that. He's witty, brilliant, skeptical and wonderful. The latest of his (kicked off by PZ Myers I'm sure) is doubtlessly fantastic.

Posted by Tatarize at 23:06 No comments:

So I went to an ATM to get 60 bucks having 87 sitting in my account. It gave me $600 and said I had -$512 dollars in my account. So now I'm sitting around with $540 bucks that I need to give back to the bank in the morning and bitch up a storm as to how it isn't possible to do that and they better not charge me anything for whatever the hell gave me $540 dollars more than I wanted on an ATM that shouldn't give me more than $300 and an account that shouldn't give me more than $87.

Update: The lady at the bank (they call them tellers, but shhhh... keep that on the down low) said "They shouldn't do that." I said, "I know.". She put the money back in the bank and reversed the overdraft fee. Woot.
Posted by Tatarize at 22:04 5 comments: 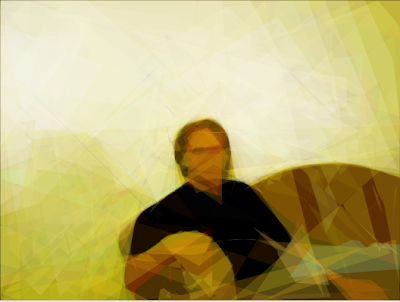 A few weeks back there was a quick claim to fame for an individual who created a nice 50 semi-transparent polygon version of the Mona Lisa using a genetic algorithm (bit more hill climbing than actual GA) and since I am presently doing something mildly similar (though for a completely different reason which will end up being fruitless). I figured I'd play around with his program a little bit to see if I could do anything fun with it.

Behold PolyGon Me sitting on a couch.
Posted by Tatarize at 13:46 No comments:

Obama seems to be carrying through.

I didn't doubt he would. Still, about five minutes after he become president, I, as a non-believer, was recognized as a person. On top of that, he's doing fun stuff like signing orders to close gitmo and allowing stem-cell research.

Then the people he appointed are really good. All in all, I'm pretty jazzed so far.*
Posted by Tatarize at 06:43 2 comments:

It's actually kind of a milestone and I sort of expected it. I tend to have high expectations of him. When I first saw the flub with the oath of office I kind of remembered and kind of expected that Roberts was the one to screw it up rather than Obama, because Obama wouldn't make such a silly mistake.

Apparently this nation includes non-believers. It's a small gesture, but you kind of hate to be left out of inclusive language. Hooray!
Posted by Tatarize at 17:16 1 comment:

Obama was right to vote against confirming Roberts...

The guy can't even avoid botching one line.

I loved how Obama stopped and smirked at "execute" realizing that Roberts messed up. I also didn't like the "So help me God?" at the end there. The presidents traditionally just tag that on but it's not part of the actual oath and Roberts shouldn't have asked the question (though the justices in the past have said it).

Posted by Tatarize at 15:53 No comments:

New show United States of Tara seems fantastic when it's not dropping odd propaganda against the morning after pill. Somehow the pilot episode referred to Emergency Contraceptives as "kill pills" and very specifically said "I didn't want that fertilized egg hitting my uterus."

That's not how they work. They stop the ovarian follicles from popping releasing the egg in the first place. They send up a strong signal that says, no egg now, and prevent fertilization in the first place.
Posted by Tatarize at 06:58 No comments:

In case of a water landing...

Your seat cushion can also act as a flotation device.
Posted by Tatarize at 04:19 No comments:

You wanna know one thing you can do much more easily with boxing gloves than without them?

Punch a person to death.

It turns out there are only a few cases of deaths with bareknuckle boxing, because you couldn't really punch people in the head without breaking your hand. They had to punch for body shots.

(stolen from QI)
Posted by Tatarize at 23:27 No comments: 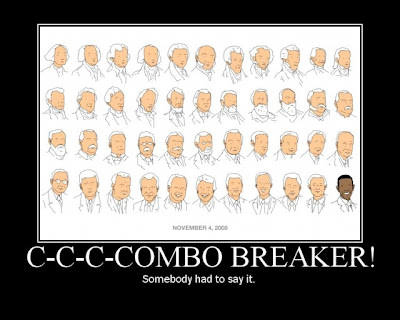 Just a fantastic image.
Posted by Tatarize at 22:23 No comments:

I watched City of Ember, and for all the foibles and issues it still falls into a rare and very nice category: pro-skepticism. After utterly evil movies like Polar Express, it's good to see a movie exalt a little questioning of authority, exploration, and trying to understand the world around us.
Posted by Tatarize at 00:00 1 comment:

Curiosity may have killed the cat, but it also allowed for an understanding of physics which allows for the possibility of cats existing such that they are dead AND alive.
Posted by Tatarize at 03:54 No comments:

Is actually new looking rather than some hang over from like 1998. They might do valuable things with it, like make it worth a damn.
Posted by Tatarize at 17:07 No comments:

Bobby Fischer was a chess genius of unrivaled talent. In reality he had plenty of rivals and you could download programs that could easily beat him nowadays.

Before he was secretly buried on a dark winter morning in a lonely Icelandic churchyard at the age of 64 (there were only four people in attendance at the hastily arranged funeral) . . . before his last ailing days of bad kidneys and rotting teeth (he had all of his fillings removed, convinced that U.S. and Russian agents would otherwise send radio signals to his brain)

Bobby Fischer was born an American Jew. The only think he hated more than America were the Jews.

At least done enough to consider myself moved. Also tired. I lost three digits of my zipcode and my back hurts. Internet on. Power on. Done.
Posted by Tatarize at 22:28 No comments:

Finally died of AIDS. She was a mainstay of HIV denial and managed to kill her daughter by doing everything right to infect her with the virus and not allowing anybody to treat her. Well, apparently Christine Maggiore's immune system mysteriously collapsed and she died.

It's a pity when people die, but I'm also a firm believer in euthanasia. If you want to die to the stupid, I will not object. Witnesses can refuse transfusions and Christian Scientists can let that appendix burst. My only objection is when you kill others with your stupid, like Maggiore did with her daughter.
Posted by Tatarize at 17:43 13 comments: